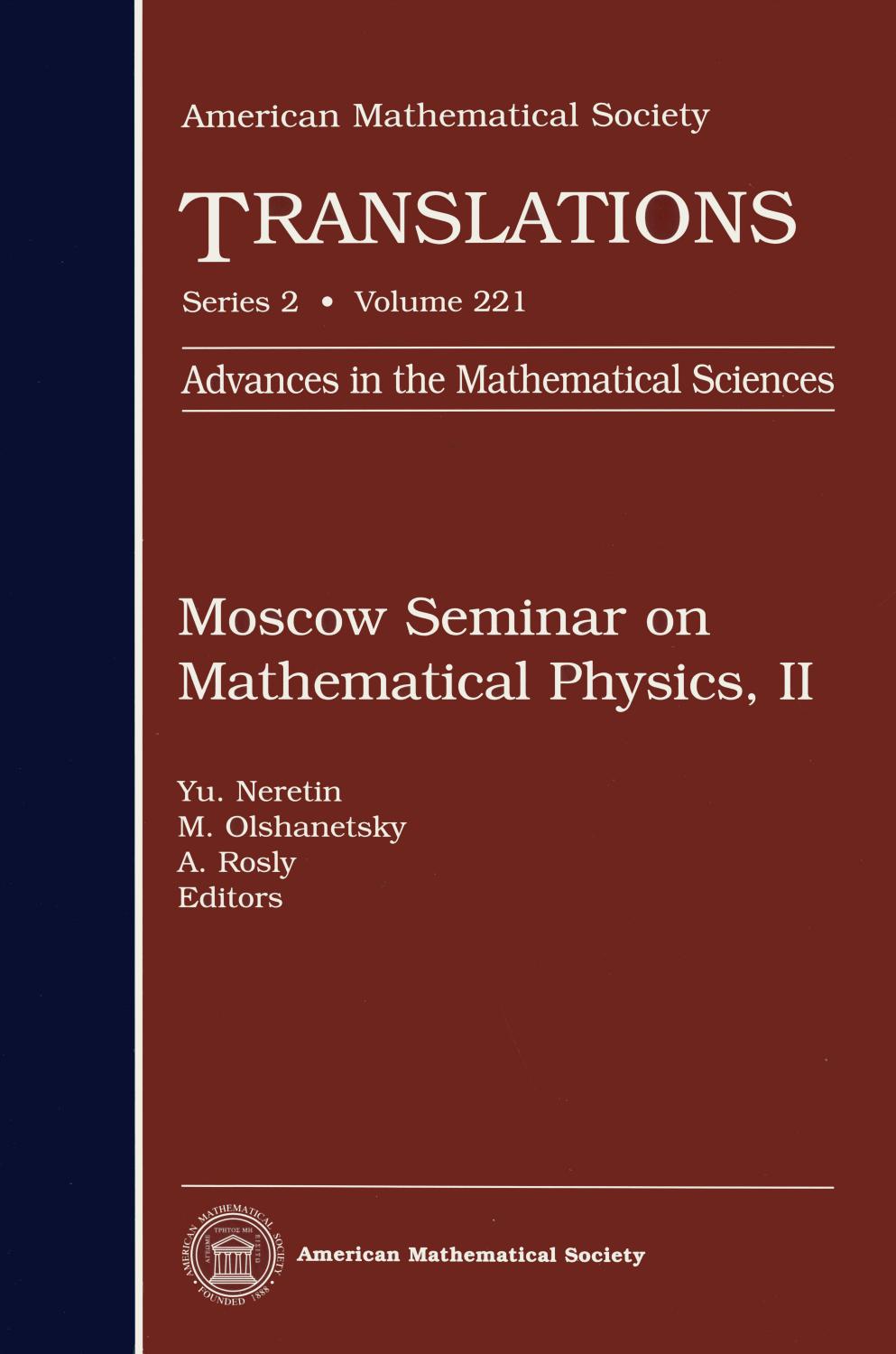 The Institute for Theoretical and Experimental Physics (ITEP) is internationally recognized for achievements in various branches of theoretical physics. For many years, the seminars at ITEP have been among the main centers of scientific life in Moscow. This volume is a collection of articles by participants of the seminar on mathematical physics that has been held at ITEP since 1983. This is the second such collection; the first was published in the same series, AMS Translations, Series 2, vol. 191.

The papers in the volume are devoted to several mathematical topics that strongly influenced modern theoretical physics. Among these topics are cohomology and representations of infinite Lie algebras and superalgebras, Hitchin and Knizhnik-Zamolodchikov-Bernard systems, and the theory of \(D\)-modules.

The book is intended for graduate students and research mathematicians working in algebraic geometry, representation theory, and mathematical physics.