Item Successfully Added to Cart
An error was encountered while trying to add the item to the cart. Please try again.
Continue Shopping
Go to Checkout
OK
Please make all selections above before adding to cart
OK
The following link can be shared to navigate to this page. You can select the link to copy or click the 'Copy To Clipboard' button below.
Copy To Clipboard
Successfully Copied!
Lectures on Tensor Categories and Modular Functors
Bojko Bakalov :  University of California, Berkeley, Berkeley, CA
Alexander Kirillov, Jr. :  SUNY at Stony Brook, Stony Brook, NY 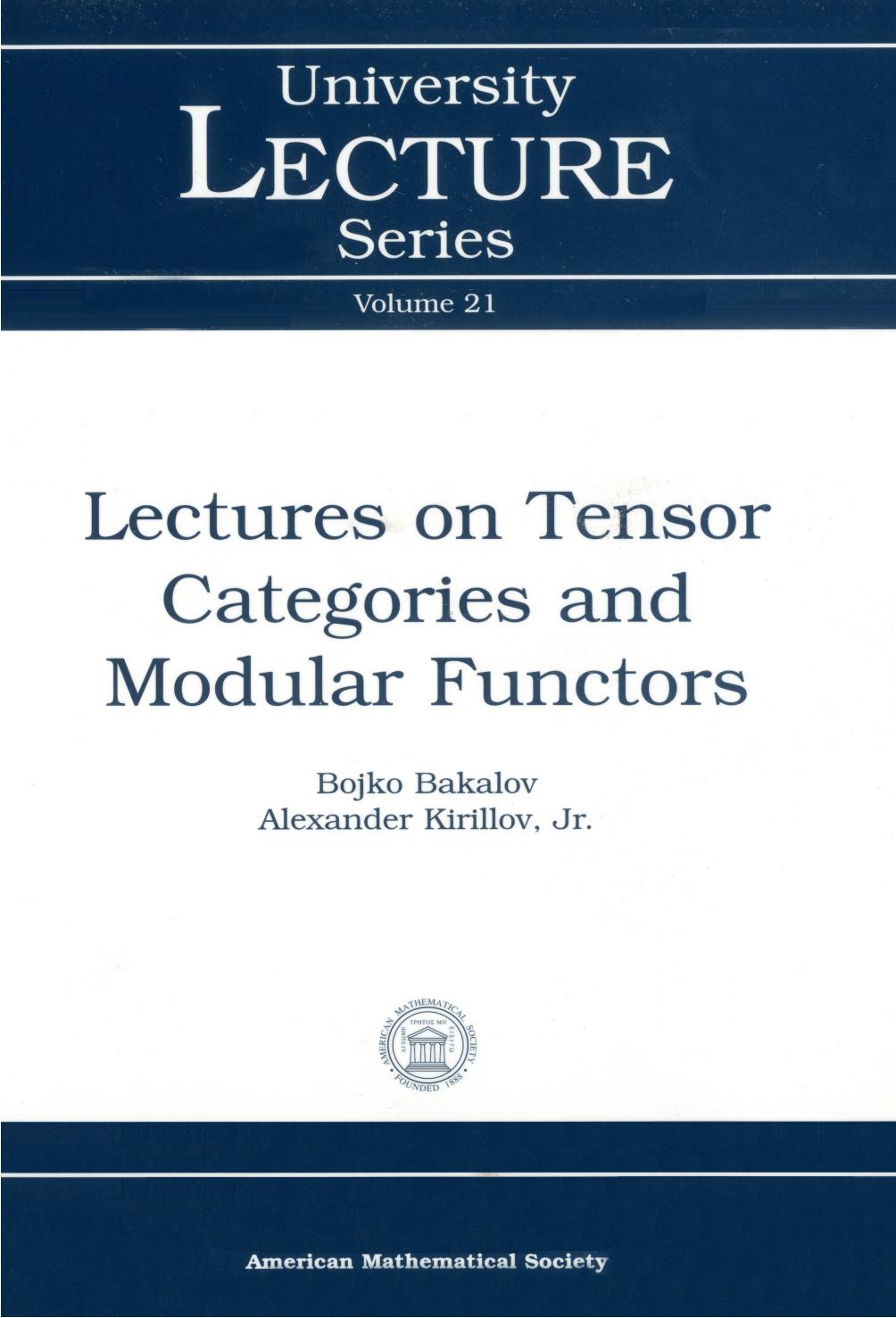 This book gives an exposition of the relations among the following three topics: monoidal tensor categories (such as a category of representations of a quantum group), 3-dimensional topological quantum field theory, and 2-dimensional modular functors (which naturally arise in 2-dimensional conformal field theory). The following examples are discussed in detail: the category of representations of a quantum group at a root of unity and the Wess-Zumino-Witten modular functor.

The idea that these topics are related first appeared in the physics literature in the study of quantum field theory. Pioneering works of Witten and Moore-Seiberg triggered an avalanche of papers, both physical and mathematical, exploring various aspects of these relations. Upon preparing to lecture on the topic at MIT, however, the authors discovered that the existing literature was difficult and that there were gaps to fill.

The text is wholly expository and finely succinct. It gathers results, fills existing gaps, and simplifies some proofs. The book makes an important addition to the existing literature on the topic. It would be suitable as a course text at the advanced-graduate level.